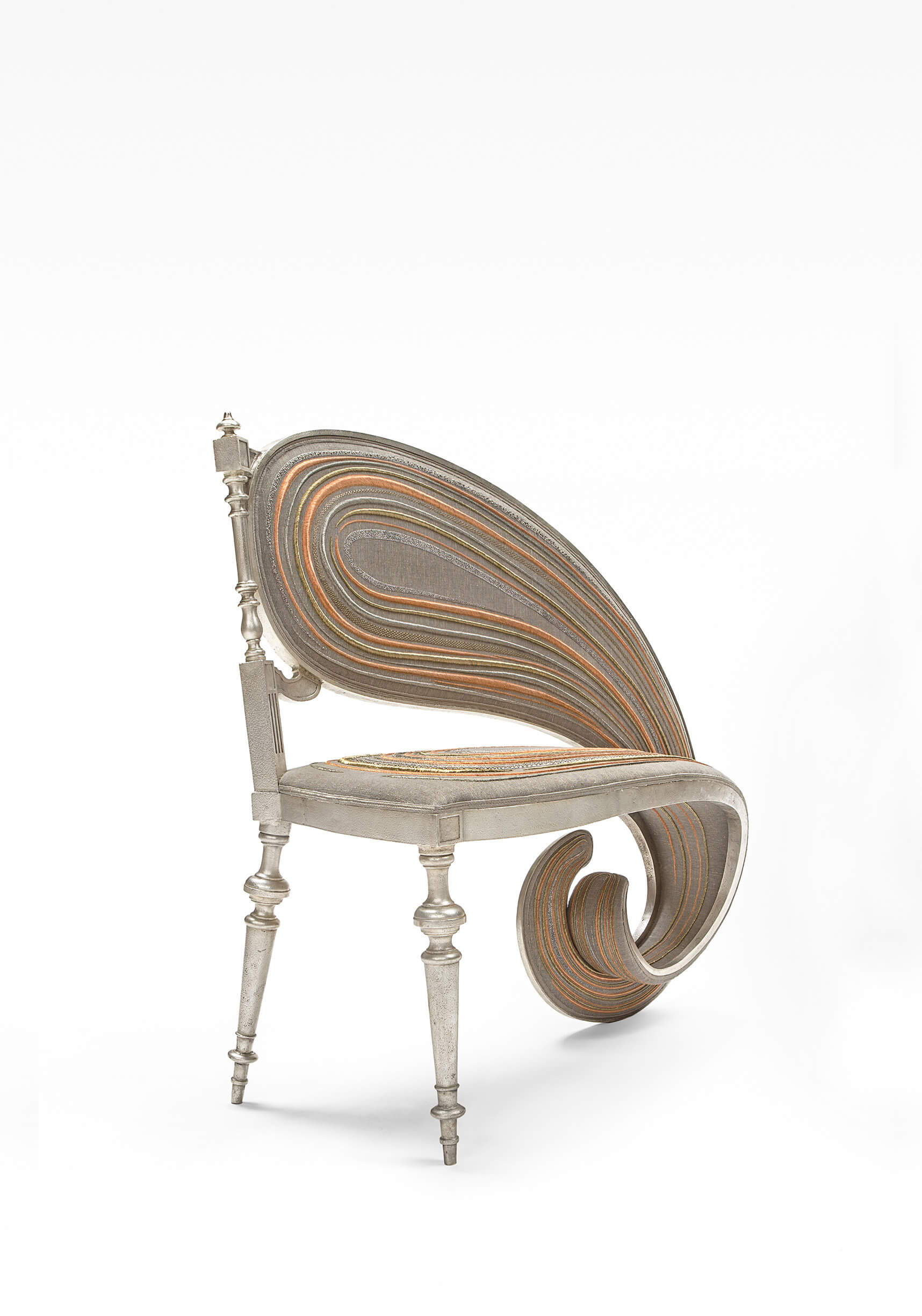 Sebastian Brajkovic investigates the notions of perspective and distortion of form through his sculptural furniture pieces. This interest in the rotation and skewing of an object originated from his childhood, when reel-to-reel tape decks and car wheels were such a source of overwhelming intrigue to the young Brajkovic that his parents wondered if he might be autistic (he was not).

As he matured his fascination manifested itself in painting and sculpture, eventually resulting in the creation of the Lathe series of tables and chairs, which have been identified as a modern classic of design and reside in the permanent collection of institutions such as the Victoria and Albert Museum (London) and the Museum of Arts and Design (New York).